The Amish in Clare County

If you were to guess the decade the Amish established a presence in Clare County, what would be your answer?

The answer IS the 1980s, but not due to any reason related to horses or buggies.

Although Amish have been in Michigan since 1895, and there were even Amish settlements in mid-Michigan that did not proper (Coleman, 1911-1913), it wasn’t until 1980 that Amish settlements started in Clare and Gladwin counties.  Although it’s not known exactly what brought the families from Ohio, a local history book called “Amish Society,” by John Hochstettler, a member of the Amish community,  mentions two reasons for the Amish coming to mid-Michigan,  including the fact it was becoming difficult for younger Amish to purchase farms in traditional Amish communities and there were  some unspecified conflicts with church ministers among some congregation members.

Whatever the reasons, the first Amish resident in Clare County, according to the community’s local history, was Roy J. Yoder from Holmes County, Ohio.  Before coming to Clare, Yoder had investigated Michigan’s thumb area then came to mid-Michigan looking at various properties in Gladwin county before settling on land northeast of Clare.  In the spring of the following year, a second family moved to the immediate area and other families followed, beginning what is now the Clare Settlement.

Growth continued until, by 2010, there were four communities near the City of Clare, each with its own church and school, and led by its own bishop.  The Amish continue to move north with families now located both east and west of Harrison.  Currently, there are about 1,000 Amish living in the county.  (Amish tour and shopping)

About the same time, the first Amish settlement near Clare was being established, another group of Amish from Hardin County, Ohio purchased farms in Gladwin County and a large community developed in the Gladwin and Beaverton areas. 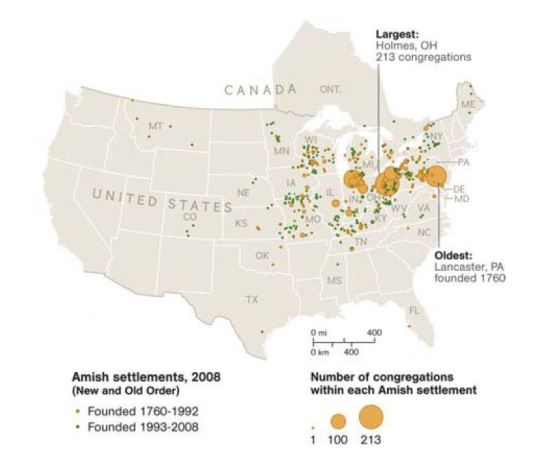 There are approximately 13,000 Amish in Michigan residing in 38 separate communities and 98 church settlements.  (Michigan’s Amish  population increased 115 percent between 1991 and 2010.) Because the Amish have no churches, instead meeting in homes, an individual community has to be small enough so meetings at homes are practical, yet large enough to be viable.  A church community has approximately 30 families (120-200 people) headed by (usually) a bishop, two preachers and a deacon.  The school has one or two teachers serving the students of that community who attend grades 1-8, which is all the schooling required by the Amish.  Community is paramount in both orders and its members operate under the Orndung, or consensus of the community.

Michigan has two orders of Amish: The Old Order  and New Order. Neither allows the driving of cars but the two orders differ on allowable technology (i.e., cell phones, power lawnmowers) and church discipline, with the New Order being more lenient.  There may also be some differences in the Orndung from community to community but because communities want to be in communion with one another and can risk being shunned by neighboring communities, the Orndung changes slowly and usually in conjunction with other neighboring communities.

Speaking of shunning, in their late teenage years Amish young people make a decision whether to be baptized into the Amish community.  Approximately 25 percent of all Amish either do not join the order or leave it after joining.  Those who choose not to become Amish are not banned or shunned.  They are welcome to visit the community and their family and friends can talk to them.  Shunning is reserved for those Amish who take the vows to be members of the community and then break those vows.  It is this process that helps keep the community strong and single-minded.

The Amish pay property taxes and income taxes.  If self-employed, they do not have to pay Social Security and Medicare taxes.  However, if they work for an employer, they do have to pay those taxes, even though the Amish do not use either of those social programs. 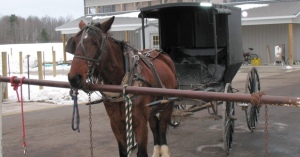